Well, it is probably time to post an update. The last post was made just before I got sick. I’ve been feeling better for a while now and I’ve been taking pictures, so I probably should have posted something sooner, but…

Anyway, I recently made a road trip up to eastern Oregon, I am heading up there again in a couple of weeks for the solar eclipse and wanted to an idea of what I am going to encounter then. It was a good trip, with three new bird species and lots of shots of basalt flows. Here is a sampling: 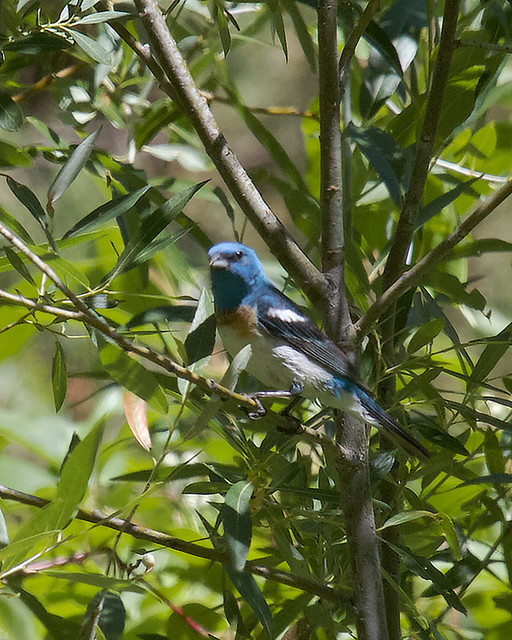 Lazuli Bunting, a new bird for me. 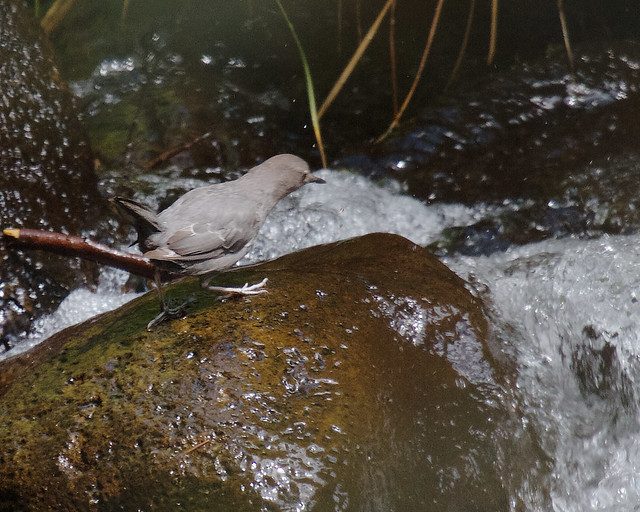 American Dipper, the first one I have seen in about 10 years. 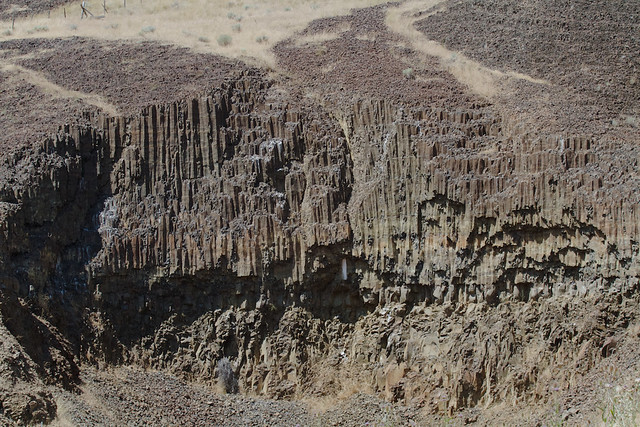 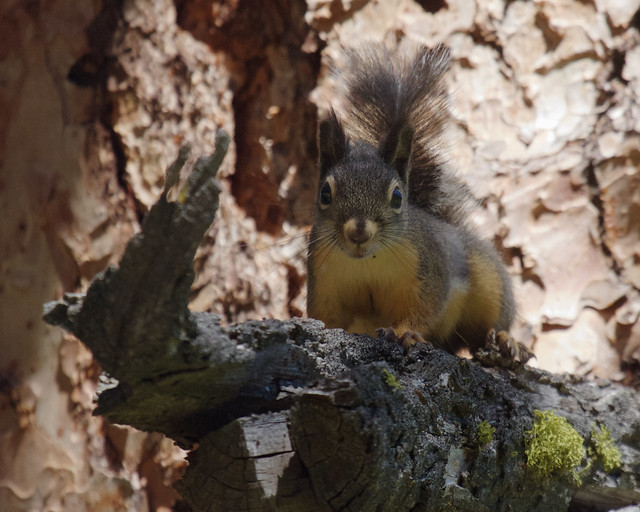 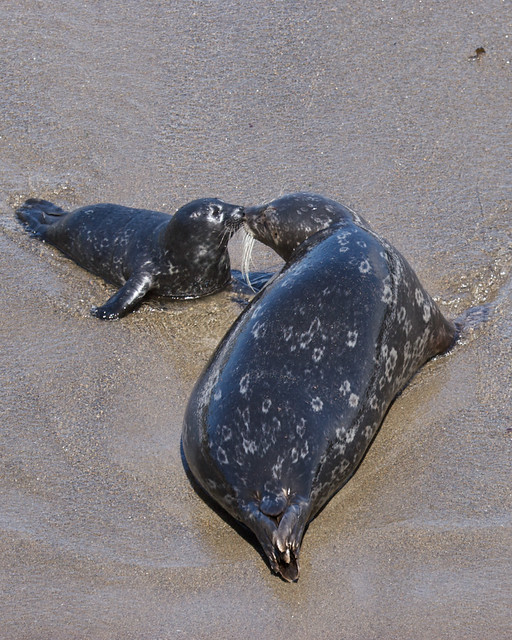 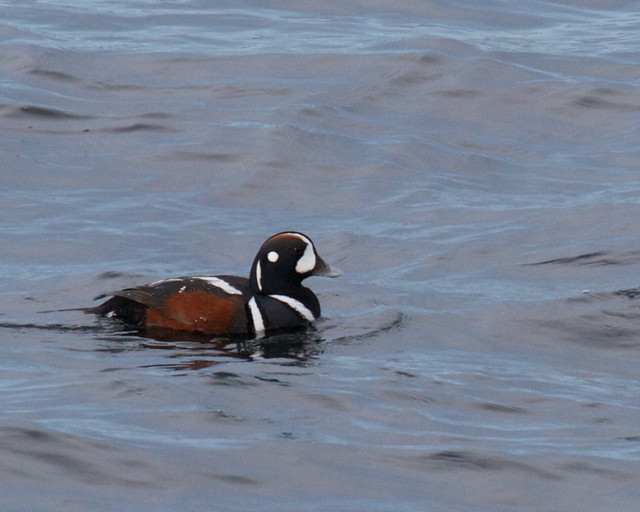 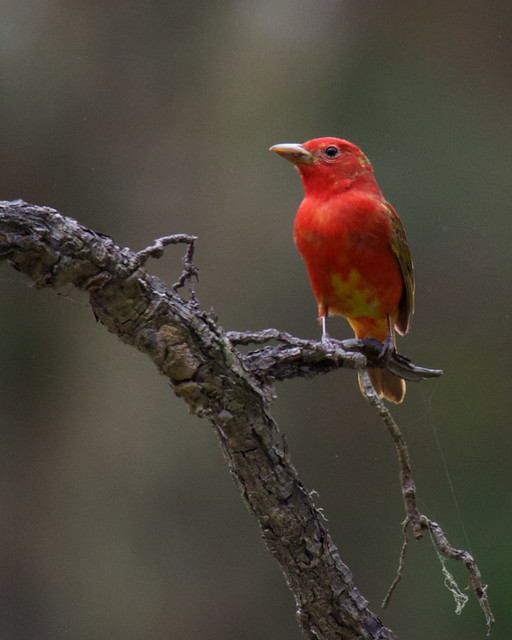 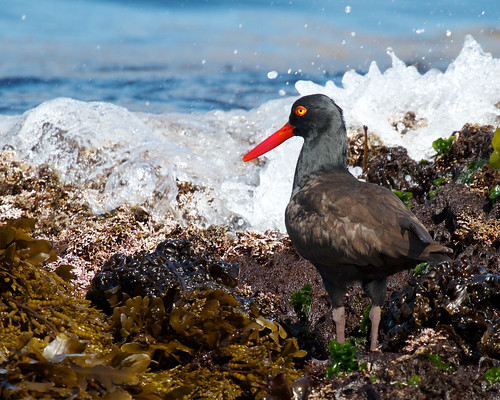 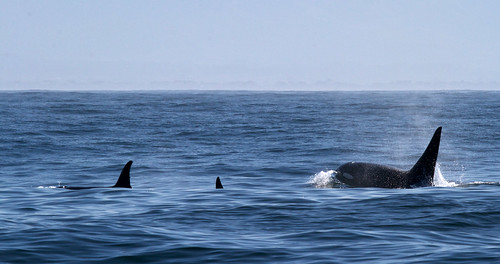 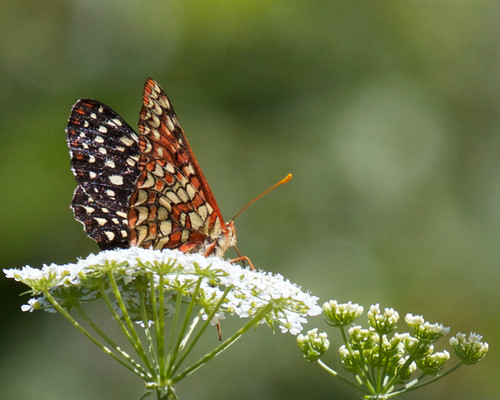 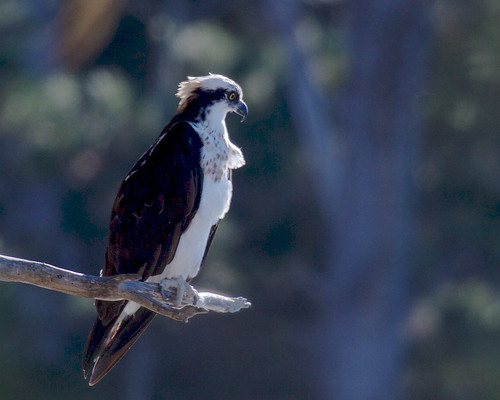 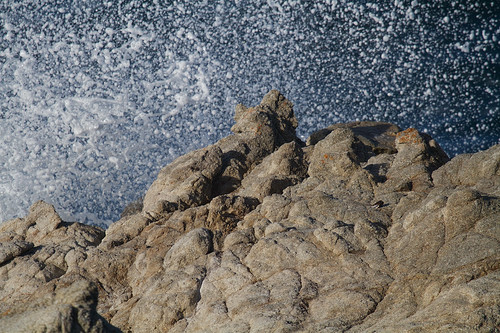 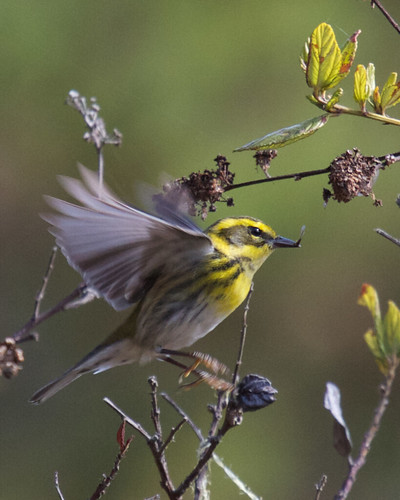 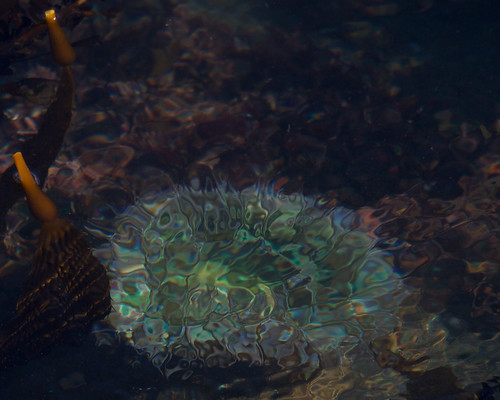 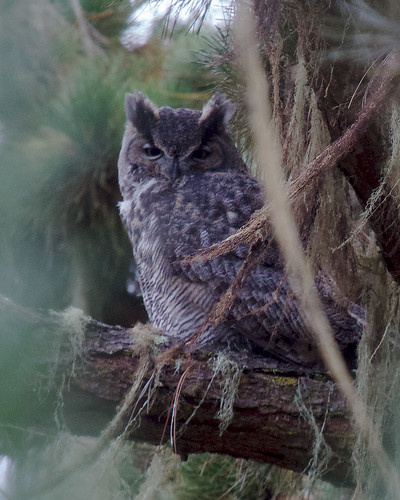 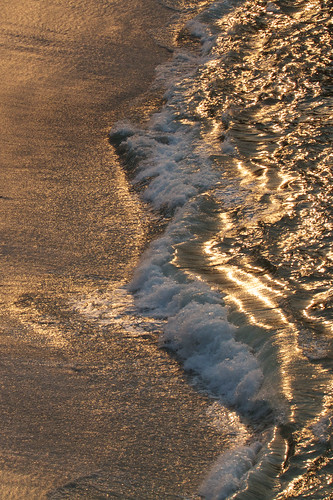 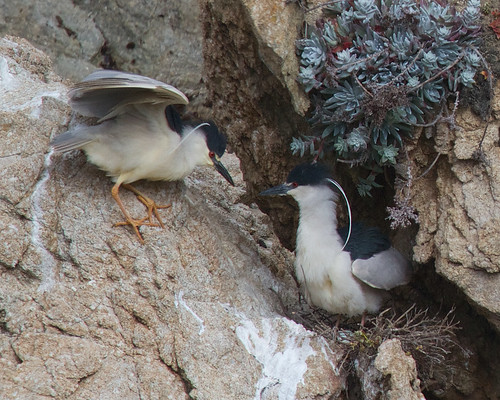 Then there are those in between times where you screwed up the shot, but it is close enough that you can hammer it back into something acceptable.

This shot of the hawk lies in that group. It had a bad motion blur, but hitting it hard with FocusMagic got it to where it is an acceptable web image. I don’t think I will try printing it. 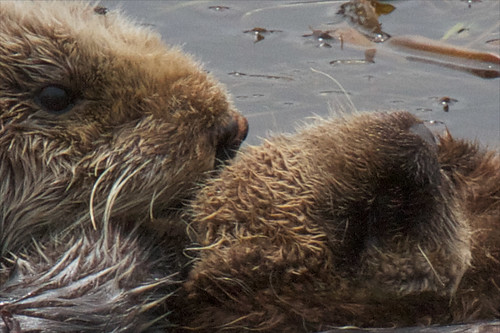 This is a question that Docents at Point Lobos deal with all the time. We have to evaluate the situation and make suggestions as best we can. As near as I can tell the Marine Mammals Act says that you can’t intentionally disturb a marine mammal, but does not give specifics on distances or activities.

We have guidelines that say you can’t be within 50 ft of one or 150 ft of a mother and pup. I haven’t found the origins of these guidelines, but they seem reasonable.

And yet, you can be 30 ft away and not disturbing the otter at all or be 200 ft away and talking in a loud voice that obviously disturbs them. For me if I am taking a shot and the otter looks at me, I am too close. It is time to back away quietly. 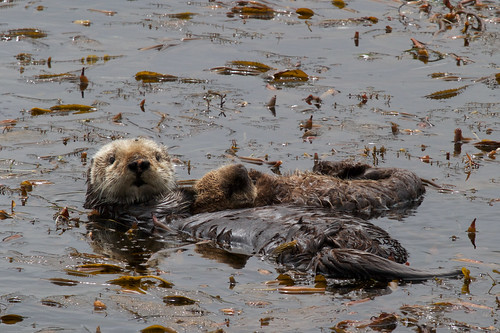 If the otter responds to your shutter, you are too close, back away. 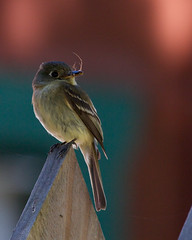 I recently got shots of two “new” birds. I say that because I have probably seen them before, but just never taken the the time to ID them. There are lots of little grayish-brown birds that reside in this group. But as I try to learn more of the birds around Point Lobos, I find that I need to spend some extra time to get these IDs.

So I present the Pacific-slope Flycatcher, a bird that I list as heard more than seen. And true to that listing, I hear them all the time in the Reserve, but have only seen them twice. Fortunately a pair has been nesting near the Reserve entrance and allowed me to get this shot. 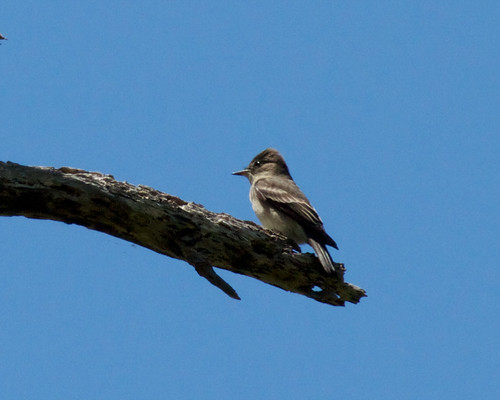 The second bird was a bit harder to ID because it was flitting about in the top of a big sycamore tree. It was showing obvious flycatcher behavior, so managed to stay at the limits of my auto-focus and move every time the focus got close. I took over 50 shots and and spent 20 minutes on this one bird.

And after all of that, I still didn’t have a no-doubt-about-it shot. So I went through all of my shots, what I could remember of the call, the likely suspects and came up with a Western Wood-Pewee. 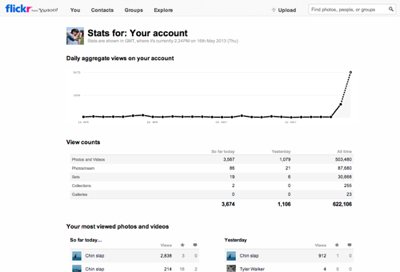 One of my photos was used in a Flickr blog post and another was picked up by Yahoo. Now I have over 5000 views today. This is up a little from my usual 100+ views a day. Not that I am going to complain, but it is a little silly.

The photos were from my whale watching trip on Monterey Bay last summer. I took a series of shots of a Humpback Whale doing a chin slap. You may recognize one of the images, it was in my best of 2012 collection. The other is at the tail end of the chin slap.

Certainly whales coming out of the water generates a bit of excitement. The thing that amazes me is that this whale wants to make a big splash! That is why it is doing it. But look at it as it comes out of the water. There is hardly a ripple.

Olympic divers who try to enter the water without a splash, could learn a few things from this critter.

Thanks to all of the Flickr and Yahoo folks. I truly appreciate you checking out my photos. 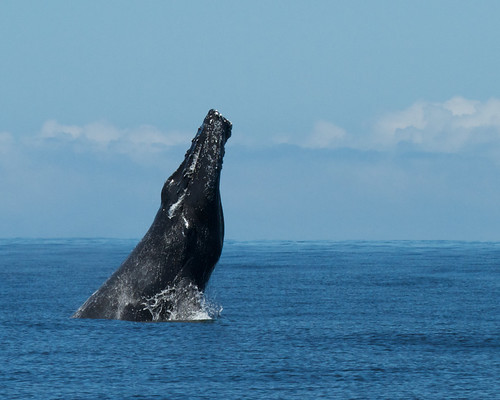 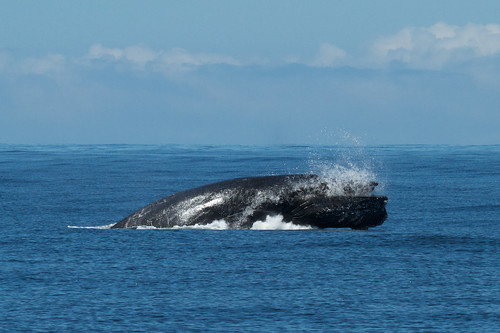 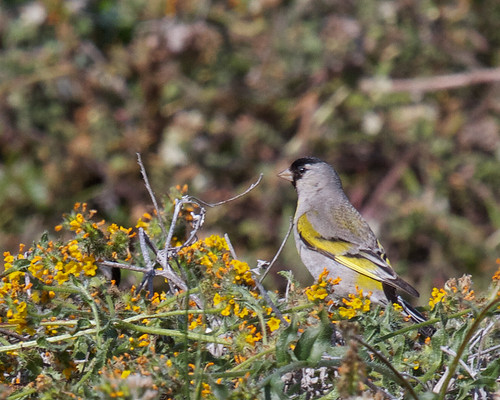